Growing Up in a Barbie World | Wauconda, IL

Growing up in a Barbie World

What did I learn?  Without realizing it, I learned I should have a tiny waist and big boobs or look like a model with no shape but one that clothes could just hang on as if my shoulders were a human hanger.   We were taught that being Janet from Three’s Company wasn’t desirable.  She was smart and dependable but she wasn’t Chrissy Snow portrayed by Suzanne Somers and her thigh master commercials.  I remember being in junior high and riding my bicycle to Osco Drug to buy Shape Magazine and Slim Fast.  Slim Fast… SLIM FAST at 11 years old.  I look back at the photos of 11 year old Jenn and she was perfect.  She just didn’t know it.

Living in a barbie world, I have found a healthy way to deal with the circus mirror reflection that my eyes see.  I’ve learned to deal with my non-acceptance of my body image through body building.  This isn’t the route for everyone but maybe something I have learned or can say may help someone else even a non-body builder.

My body building journey began in 2015.  The number on the scale wasn’t changing but, my clothes were getting so tight and it was getting difficult for me to tie my ice skates because my body was swelling.  Something had to change and I needed to find something that would hold me accountable to get into better shape because something I was doing was not working.  I am a Beachbody Coach and I decided to sign up for the Beachbody Classic at the coaches summit because being on stage in a bikini and not looking good was a horrifying thought to me.  It was extreme but it worked.  The night before I started training, I jumped on the scale and took my before photos as instructed.

Five weeks into training I was so discouraged that I almost quit.  I was following the nutrition and workout plan for the program I chose which was Body Beast and I weighed more after five weeks then when I started.  What the???  Come on!!!  Eating according to the plan and I was doing the workouts exactly as designed but I was gaining weight?!?!  I had decided I was going to do this because I needed to lose weight not gain weight.  I decided I was going to lose weight which meant results should be immediate.  HA!  It doesn’t work that way. 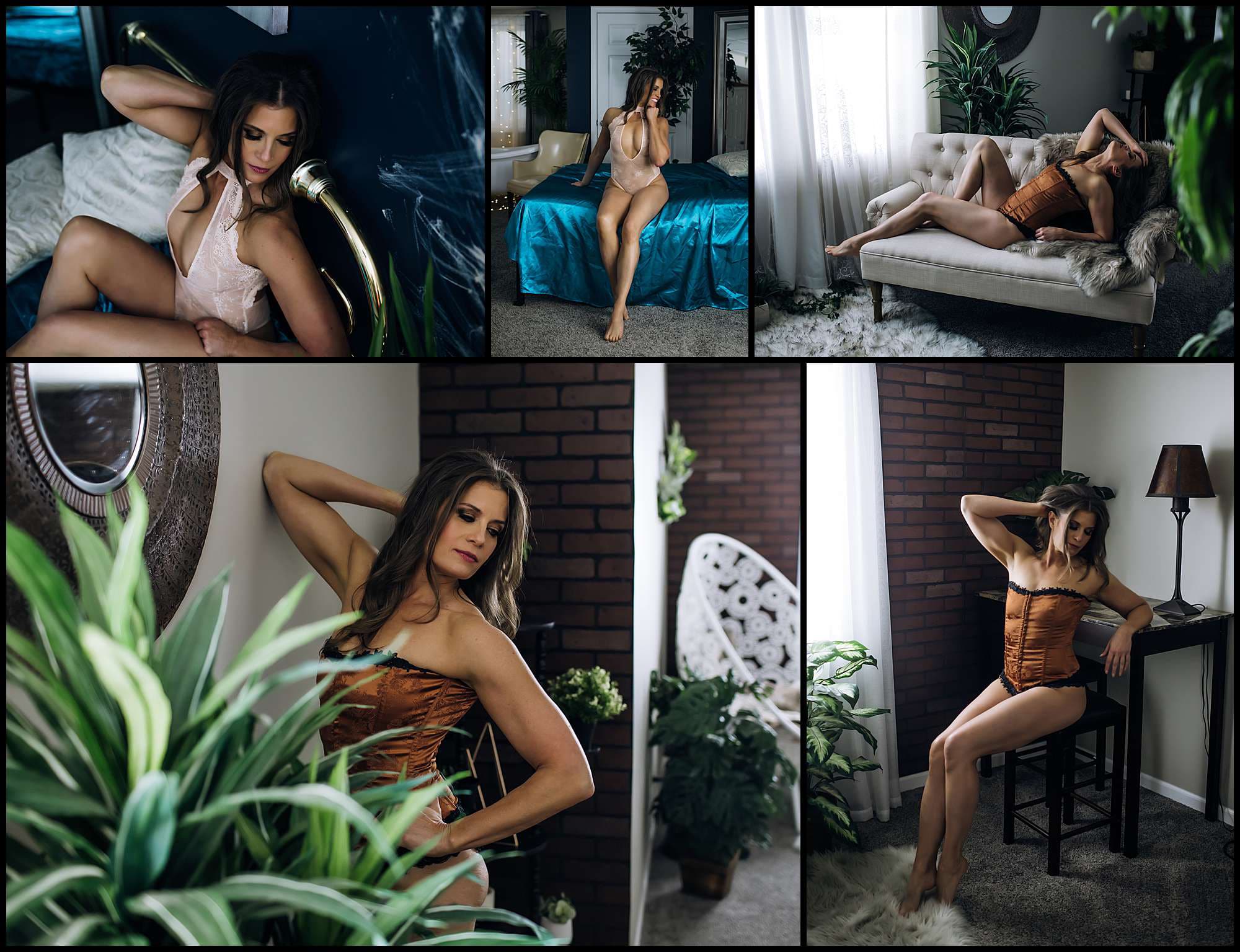 In my discouragement I jumped on Facebook and found a girl who had also entered the contest and for some reason I sent her a private message.  Her name was Caitlin.  She was an angel.  Caitlin asked if I had taken progress photos and I said no.  She said before you quit, take a progress photo and send me your before photo and the new photo.  I was stunned.  Five weeks in and the scale said I weighed more but the photo showed I was smaller.  I was smaller and it was working.  That’s all I needed and I was more committed then ever.  Ultimately in 12 weeks I dropped 18 pounds and I felt amazing.  I decided I wanted to know what I could accomplish by the next year and a body builder was born.

Body building and participating in physique competitions is a roller coaster of bulking up an getting big to cutting and getting small but really no different then the emotional eating roller coaster any woman deals with on any given day.  I hate how I feel when I’m at the peak of bulking much the same as I hear most women feel when they gain more weight then they would like but I also know, it’s temporary, I’m strong and I’m in control.  Needing to be on constant watch of developing an eating disorder but then again, I was 11 and buying Slim Fast. 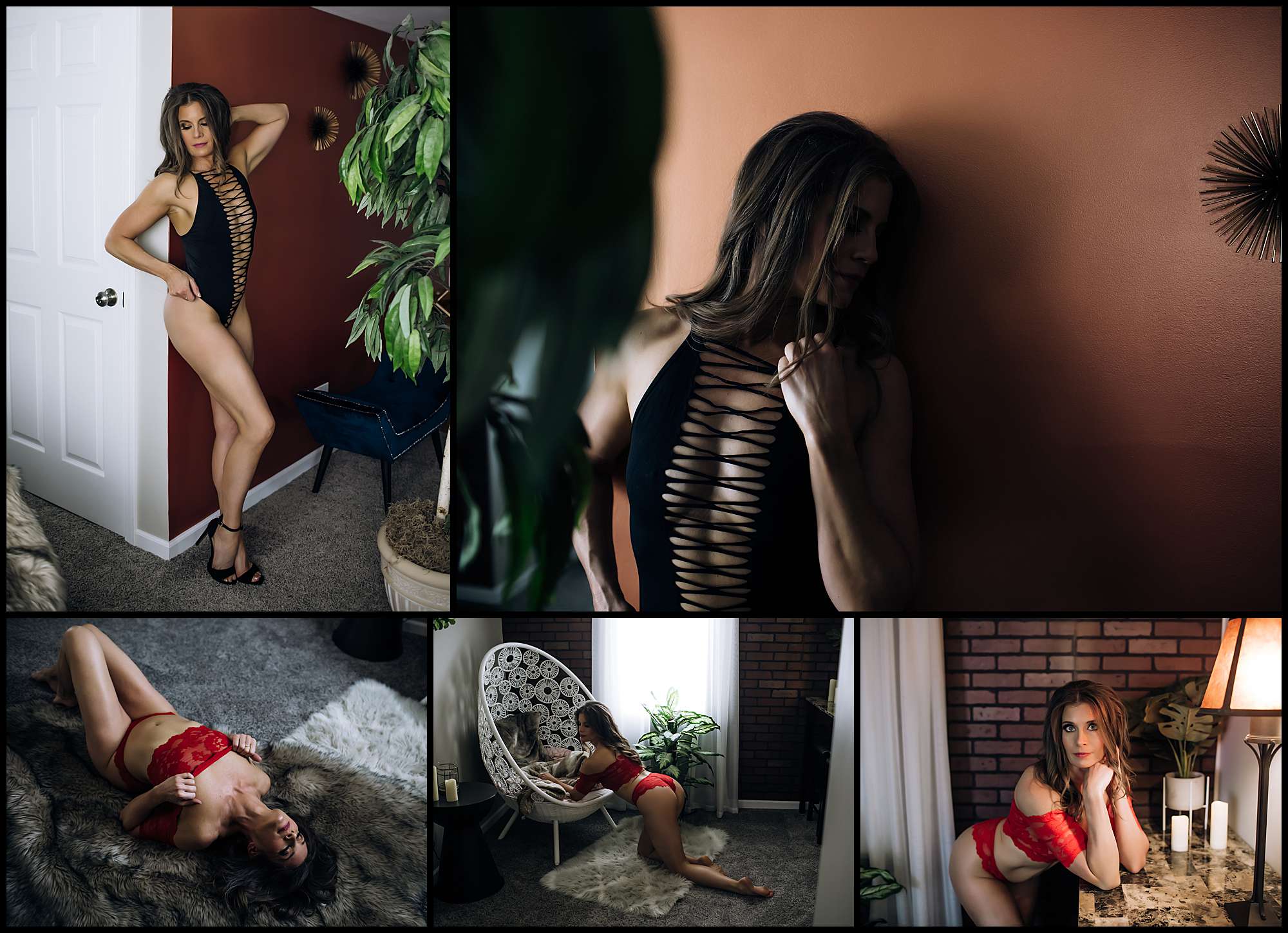 I have written in my training journal one phrase, “WOW!  You’re in fantastic shape.”

I have written this phrase three more times but followed with this, The greatest thing you can hear because this statement validates others can see your hard work is paying off.

The worst thing you can hear because this phrase is a double edged sword.  It says you have reached success and success often leads to complacency or a feeling of calm satisfaction with your own abilities or situation that prevents you from trying harder.  It is also the most annoying thing you can hear because it is usually then followed with you have nothing to worry about.  Most times the one giving the compliment has no idea how hard you have worked for the “fantastic” shape and has no idea how much discipline is exercised when it comes to a nutritional plan.  The work and the discipline is by no means easy and at 47 years old by no means is this shape natural.  This shape is worked for.

As I prepare for a competition, I write down my goals for the coming year.  In example, for this upcoming year my goals are to tone my legs and glutes more. To continue to work on body symmetry because my right side is clearly dominant and more defined even thought he left side can lift equal weight.  Finally, to continue working on better balance nutritionally.  This last statement is because I’m either on strict competition nutrition or completely indulging.  I need to find balance.  I write down goals that I can measure and define because the judges are human and the judging is subjective.  What the judges want to see compared to how I want myself to look can be very different but at the end of the day, I live in this body the judges don’t.  Therefore, it’s my opinion and only my opinion about my body that matters.

As I mentioned my training journal, I do keep track of my workouts to a point.  I have a written plan of what I want to do in the gym but for the most part my workouts are on scrap pieces of paper and I know how much I can lift.  Knowing my body well enough to know when I need to push harder and when I need to be gentile and forgiving.  Rotating the workouts roughly every 4-6 weeks and I evaluate and tweak my nutrition plan just as often. 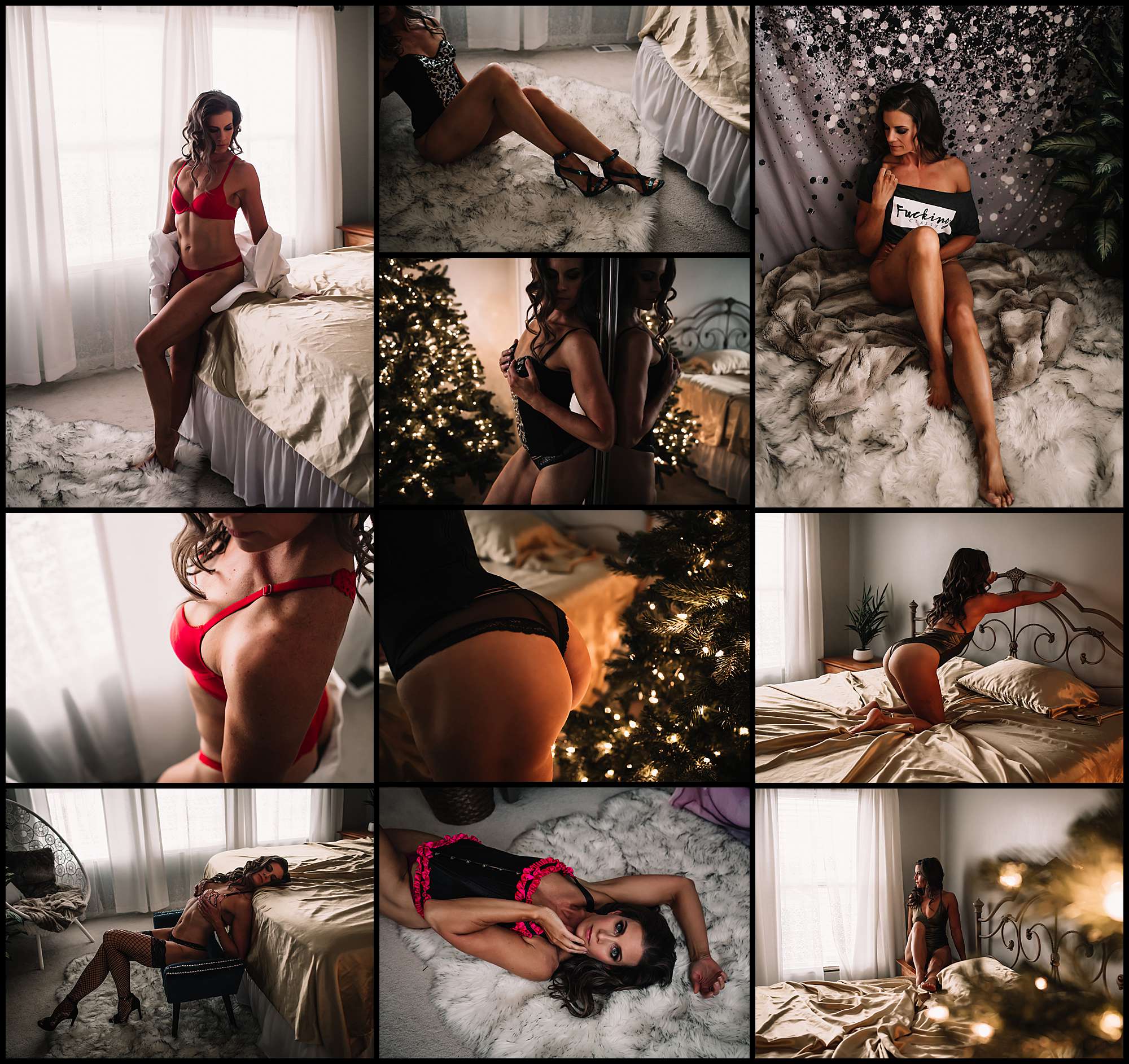 This works for me

I began using “science” as a means to justify my obsession with the scale.  I would weigh myself before and after my running workouts as a means of monitoring my water intake.  If I weighed less then when I started, I didn’t drink enough and if I weighed more then when I started I drank too much.  As time progressed, the scale became like the pirates code, it was a guideline not a rule.  I learned that while I was premenstrual, I could gain anywhere up to five pounds before my period and lose two pounds the first day of menstruation.  I learned that if I ate at Chili’s I was guaranteed to gain two pounds.  Observing patterns helps.  These patterns now help me use the scale as a tool and not as a judge.

It would also surprise you to hear the comments I receive on my eating habits.  I am continually told, “you barely eat”.   I am teased about my meals of eight shrimp and one cup of rice or whatever my pre-measured meal happens to be.  At 5’3” and a stage weight of 112-117 and an off season weight of 124-132 you would be surprised at how much I eat in a day.  My body size would typically require roughly 1200 calories a day if you just took my height and weight into account.  During cutting I cannot tell you the calorie count but every item placed in my mouth is measured and strategic.  During bulking, I eat 2200-2400 calories a day.  I eat five to seven times a day all year long no matter what season of training I am in. 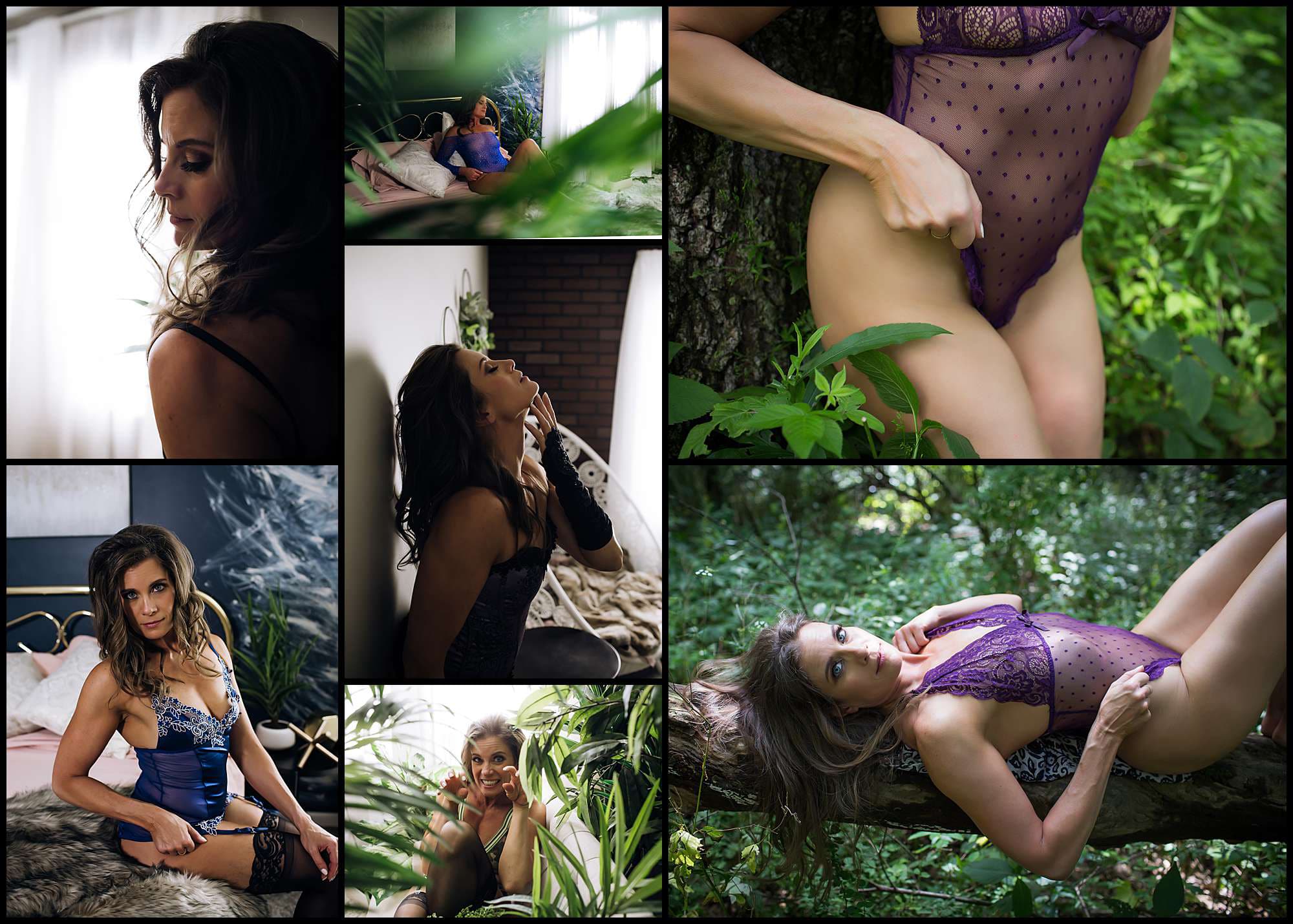 Fuel for your body!

I am telling you how much I eat because it really is simply fuel for my body.  Think of it like this, for your car to run you have to feed it gasoline.  The more you drive the more you have to stop and fill it up.  Weight training and cardio exercise is the same thing to my body as miles are to a car.  I must fill my body properly for it to run optimally.

It pains me like you would not believe when I see women barely eating because calories in versus calories out is the understood method of controlling weight.  They are in a constant deficit in an attempt to lose weight and quite often hungry and miserable.  When I am approached by someone wanting to lose weight the first thing I ask them is, do you lift weights. If they tell me no, I reply with one word, start.  If they say yes but I won’t lift more then five pounds because I don’t want to look like a dude, I say don’t be afraid of lifting heavy.  Lifting heavy is your friend.  The more muscle mass you have the more calories you can burn at a resting rate.  (It’s kind of like a license to eat.)

Why would a body builder be writing a blog for boudoir?

You may be wondering why a body builder is writing a blog for a boudoir photographer.  It’s simple.  A friend of mine about ten years ago told me she did boudoir modeling and my first reaction was I would never do that.  Then, a bunch of my friends started doing boudoir shoots as gifts for their boyfriends or fiancee.  In 2019 I decided I was going to raise my own bar and I would do a boudoir shoot for getting in the best shape of my life.  I would do a boudoir shoot after competition as a reward to myself for all the hard work.  It was a rough and bumpy road to the competition in 2019 but with all the road blocks I had the boudoir shoot dangling as a carrot at the end of the road.  Never had I imaged how empowering that photo shoot would be.

We all live in a barbie world. Looking at the photos Sarah Jane Boudoir has done and all the girls in every shape, size and walk of life.  I admire all the girls who are comfortable and strong in their skin no matter what anyone else may think.  Also, I admire the safe place Sarah has created for all the woman.  I wanted to be a part of that movement Sarah created to encourage women to embrace and love themselves for who they are.  Its so important that you know you are perfect just the way you are just as 11 year old Jenn was perfect then and she is perfect now.  She is perfectly imperfect. 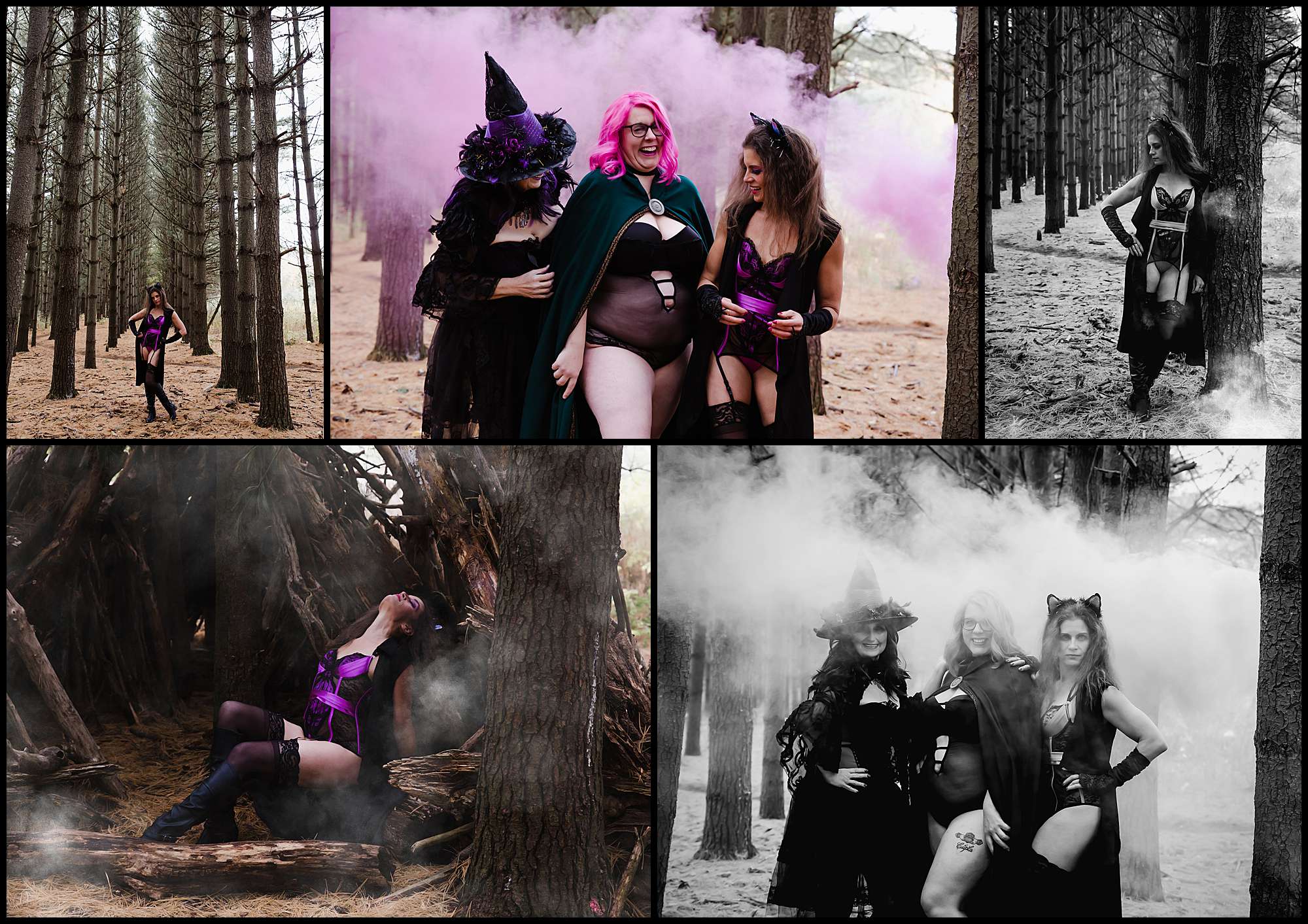